Showing posts from December, 2013
Show all

By Scott Abbott - December 29, 2013
DAVID RICHARD KELLER (12/17/62-12/28/13) OBITUARY David Richard Keller was born on a snowy morning in Salt Lake City, December 17, 1962, to proud parents JoAnn Olson Keller and Richard Hubbard Keller and spent his early life in the Olympus Cove and Neffs Canyon. David was extremely close with family members Dick and JoAnn and Peter and Christena, having a formative adolescence exploring the red rock canyons of the Colorado Plateau and the peaks of the Wasatch Range. He attended Skyline High School and began taking Philosophy courses at the University of Utah and Pitzer College. David earned a double-baccalaureate in English and Philosophy at Franklin and Marshall College, a master in Philosophy at Boston College, and a doctorate in Philosophy from the University of Georgia. David also matriculated at the University of Edinburgh. During this period, David attended 183 Grateful Dead and 36 Jerry Garcia Band concerts. This period catalyzed a penchant for travel: David traversed
1 comment
Read more 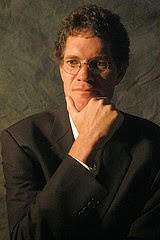 Our decision to rename the UVU chapter of the AAUP in honor of David Keller is meant as a statement about a tradition David helped establish and that he has kept viable for a decade and a half. One highlight in this history was David's work to bring Cary Nelson, then President of the National AAUP, to campus. Cary spoke forcefully and intelligently to audiences that included AAUP members, members of the UVU Senate, members of the faculty, students, and most of the UVU Administration. Discourse about academic freedom will never be the same on our campus. Most significant, however, has been David's work in behalf of members of the UVU faculty who, variously, have been denied due process in decisions of tenure and promotion and dismissal. In the name of our chapter, David argued various cases skillfully and forcefully. For those whose cases were reheard and for whom positive decisions resulted, this was critical intervention. And even those cases that were lost were meaning
Post a Comment
Read more
More posts