Showing posts from August, 2014
Show all

A Question of Policy: Hiring after a Tenure Decision 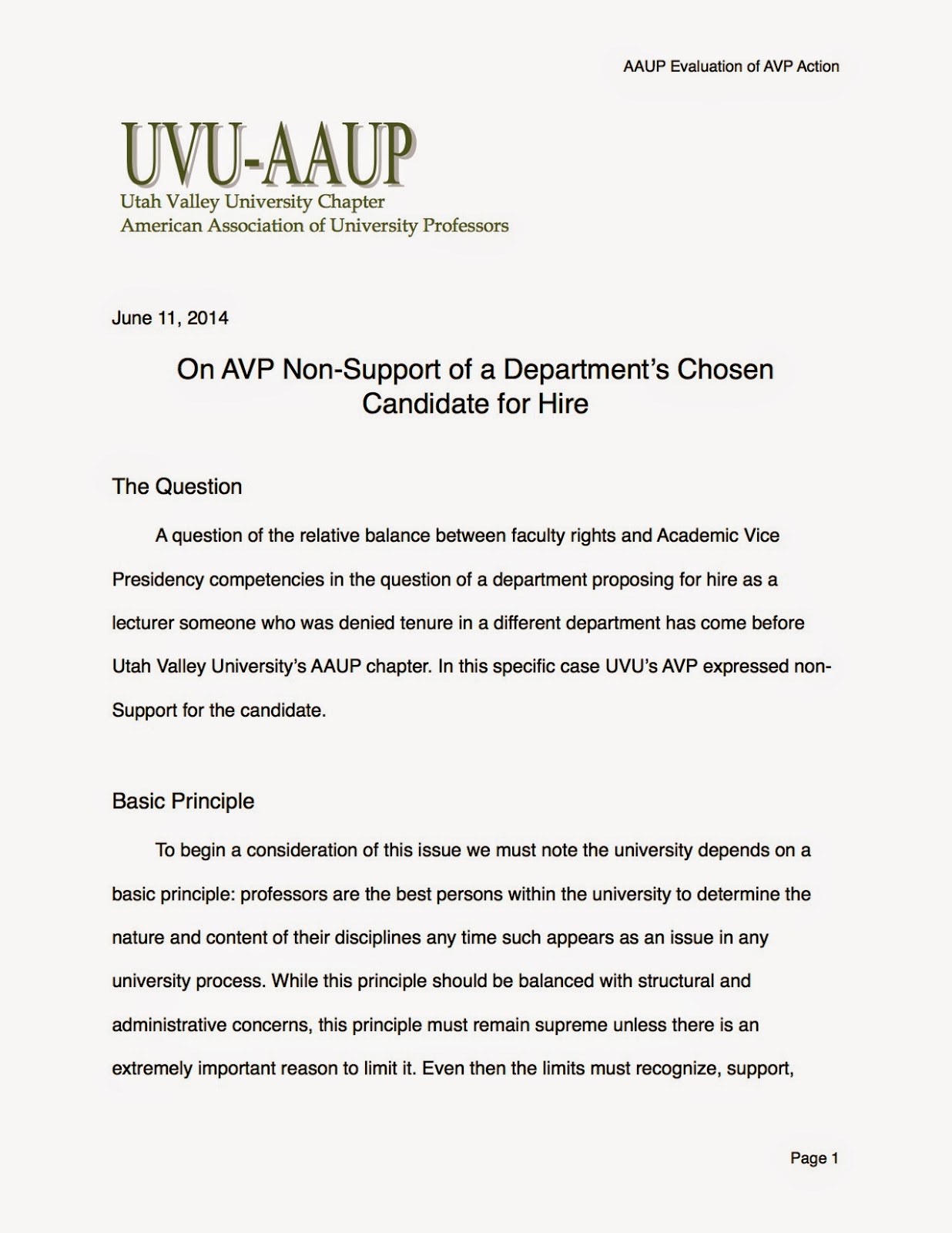 Chapter President David Knowlton has worked through this issue in behalf of the Department of Integrated Studies, whose choice of Scott Carrier for a one-year lectureship was denied by Vice President Ian Wilson and then again by new Vice President Jeffrey Olson on the grounds that after a member of the faculty is denied tenure he or she cannot be hired into a lectureship. Note that this is a completely different department, with very different needs from the department (Communications) that denied tenure. The question is broader than a specific hire by a specific department. For a Vice President to simply veto a hire is a serious matter. What, then, should the relationship be between departments and the administration in the case of hiring? What are the principles of shared governance involved? AAUP Evaluation of AVP Action June 11, 2014 On AVP Non-Support of a Departmentʼs Chosen Candidate for Hire The Question A question of the relative balance between facult
Post a Comment
Read more
More posts